Someone needs to get Freddie a clean pair of underwear! We need him to return back to his natural career, asap!

Going by form table in the last 10 games, Arsenal will be in the relegation zone.
"Learn from others whom have walked the path before you, but be smart enough to know when to cut your own trail."
Top

Cito wrote:Going by form table in the last 10 games, Arsenal will be in the relegation zone.

Anyone wanna bet: Arsenal will make 40 points and avoid relegation before easter
"The only thing new in the world is the history you don't know." — Harry S. Truman
Top


Manchester City 3-0 Arsenal: Phil Foden, Kevin De Bruyne and Raheem Sterling on target as David Luiz is sent off with his blunders leading to two goals
Manchester City delayed Liverpool's coronation as champions with by comfortably beating Arsenal
Raheem Sterling broke the deadlock with thumping effort before half-time after a mistake by David Luiz
Arsenal centre half Luiz was sent off after giving away penalty which Kevin De Bruyne easily converted
Young midfielder Phil Foden slotted home in stoppage time after coming on as a substitute

It was quite the hat-trick for David Luiz. At fault for the first goal, gave away the penalty for the second goal, and sent-off. Given his contract expires this month, this may well be his farewell appearance for Arsenal. It's been quite a ride.

Much as it was for Mikel Arteta, returning to the Etihad Stadium for the first time since being prised away from Pep Guardiola's side.

His old friend greeted him with a hearty pat on the back and then remembered he was supposed to be social distancing. Everyone else got an elbow bump, and then the slap in the chops that usually follows when two teams are as poorly matched as this. 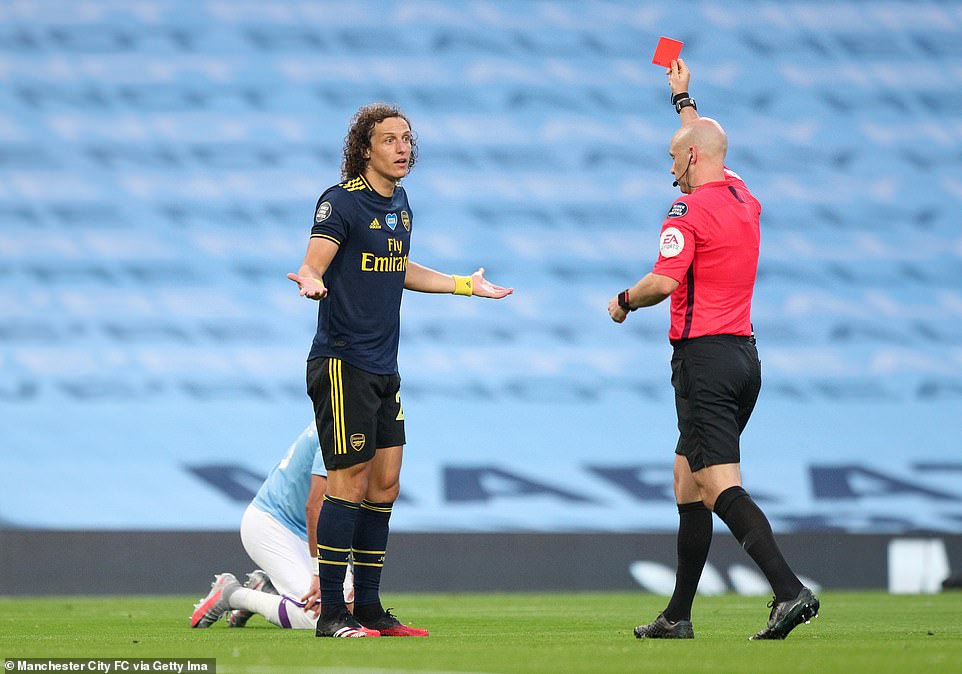 "BIAFRA is a FAILED Project!! "Biafranism tends to make people hard of intellectual hearing"-ohsee.
!
"the problem with you people is that you want every thing to be Igbo and you pronounce it Igbo and then force it to be Igbo" IKWERREMAN
"The trouble with you is that you are blinded by prejudice and only see what you want to see." CIC to Dr. SAB
"..there are a handful of mindless Igbos on this forum that are an embarrassment to themselves"CiC
Top
Post Reply
54 posts