He married two wives, had his passport confiscated, was left with £5 in his bank account and his brother raided the club shop at Flamengo... but Brazil star Ronaldinho is still loving life in his own unique style 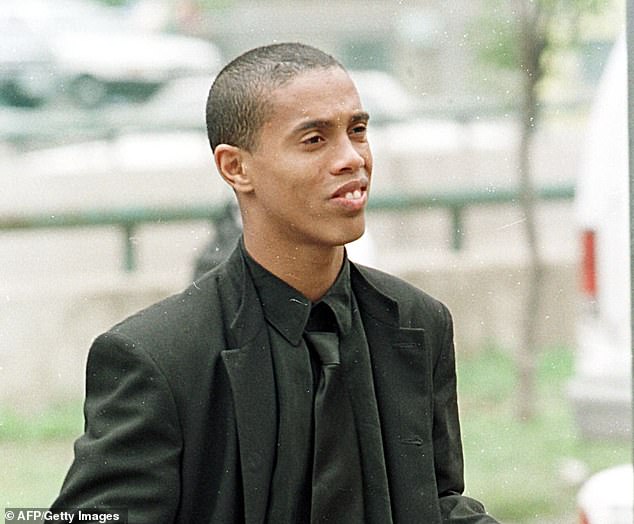 Officially announcing his retirement at the start of 2018, the tributes naturally poured in to one of the 21st century's most gifted talents. Naturally too, Ronaldinho's life off the pitch, always a source of fascination and often admiration, has been under a more intense microscope ever since calling it a day.

Dubbed a hero by some and a sexist by others for the arrangement, he made headlines for reportedly marrying two wives. At the end of 2018 however, the high achieved by participating in the Russia 2018 opening ceremony was quickly snubbed out as his personal life began to unravel further.

It was around the time Barcelona distanced themselves from both Ronaldinho and Rivaldo for publicly-supporting controversial president Jair Bolsonaro. For building on a preserved area without permission back in 2015, Ronaldinho promptly had his passport confiscated by Brazilian authorities and was slapped with a fine of around £1.5m.

A thorough search of his bank accounts revealing a balance of just over £5, speculation grew that the former star sponsored by big names such as Nike and Pepsi for the duration of his glittering career had spent up.

Priscila Coelho, one of the two wives, who gave up her studies and profession to reside with him, then left Ronaldinho citing aggression and opened a legal case to take one third of his earnings from 2012 to 2018 after the pair failed to reach a separation agreement in private.

More property-related trouble followed this summer. The fine now having a further 1 million reais (£200,000) slapped on it, courts in the south of Brazil have forbidden the midfielder from selling 57 houses and apartments from his portfolio to make amends. Simultaneously, creditors have also launched their own separate action to recuperate an additional £2,000,000 in other debts.

Passport apparently still out of grasp, his lawyer has denied that his client's assets are currently under restriction whenever broached for comment on the matter by international and domestic press.

Despite all this, though, Ronaldinho trudges on in the same carefree manner he did on the pitch - that iconic, goofy smile stretched permanently across his face unmistakable and recognisable to all.

Not once expressing an interest in becoming a coach or a director of football, as many of his peers from a golden generation of Brazilian legends are now, he lives permanently in Rio de Janeiro where better weather and beaches are offered to him than in the Baltic south.

Filling his days with samba and living the good life, he is now an ambassador for Teqball, a football-based form of table tennis, and still able to demand up to £120,000 per sponsored Instagram post.

As far as Ronaldinho is concerned, that's no bad way to see out your post-playing days.


https://www.dailymail.co.uk/sport/sport ... fines.html
"BIAFRA is a FAILED Project!! "Biafranism tends to make people hard of intellectual hearing"-ohsee.
!
"the problem with you people is that you want every thing to be Igbo and you pronounce it Igbo and then force it to be Igbo" IKWERREMAN
"The trouble with you is that you are blinded by prejudice and only see what you want to see." CIC to Dr. SAB
"..there are a handful of mindless Igbos on this forum that are an embarrassment to themselves"CiC
Top

who else wants to be "done?"

No he isn't. Still making an honest mint compared with the rest of the world and looking fit isn't my definition of being done.
MAGA - Make Arsenal Great Again.

The biggest problem has been that his brother only cared about how to make money from him rather than what was best for Ronaldinho.
Top

Ronaldinho has all his assets hidden! he is said to have over 57 properties
So angry Nigeria got kicked out of the world cup once again, i nearly told my wife that i caught my girlfriend with another man today!

So a man marries two wives he is sexist and not by mutual consent... Na wao with this oyinbo but if he is doing the other one, the chorus is they are not harming anyone and it is by mutual consent. The world went bonkers a long time ago.
"There is big pressure at this club as you cannot be like the manager at Arsenal and ask for five years to try and to win one trophy" - Jose Mourinho

.... I believe in God. I try to be a good man so He can have a bit of time to give me a hand when I need it - Jose Mourinho
Top

Gaucho will never be done. Even if say na to send am a check to buy pure water, sign me up. Legends never die bro!!! Hes an immortal!
I'm the biggest boss that you've seen thus far, Reppin' PH & NGR to the Fullest
http://forum.cybereagles.com/viewtopic.php?f=1&t=158494

100%Naija wrote:Gaucho will never be done. Even if say na to send am a check to buy pure water, sign me up. Legends never die bro!!! Hes an immortal!

KPOM only sad part he never play for beloved
Top

oloye wrote:So a man marries two wives he is sexist and not by mutual consent... Na wao with this oyinbo but if he is doing the other one, the chorus is they are not harming anyone and it is by mutual consent. The world went bonkers a long time ago.

It's the Brazilian press that is criticizing him not European.
Top

oloye wrote:So a man marries two wives he is sexist and not by mutual consent... Na wao with this oyinbo but if he is doing the other one, the chorus is they are not harming anyone and it is by mutual consent. The world went bonkers a long time ago.