While Celta Vigo have sign Egypt based Victory Beniagba

“We are going to incorporate a striker for the reserve team, who has the prospect and projection of going to the first team,” Celta president Carlos Mouriño said. He also mentioned Miguel Rodríguez and Lauti de León, but he was referring to Nigerian Victory Beniangba, a 1.93 meter striker who hails from the Egyptian Tala'ea El Gaish. His ID states that he is 19 years old and scored six goals in 18 games in the Egyptian league last season. He still needs to finish all the paperwork for his arrival from him.

Victory Beniangba is too good to be in Celta's team B. He should be in their main squad.
I AM THE EXCELLENCE OF EXECUTION- BRET THE "HITMAN" HART.

The club intends to move him between both squads.
I am happy
Top

Sunset any update on Adamu Abdullahi?
I AM THE EXCELLENCE OF EXECUTION- BRET THE "HITMAN" HART.

According to OG he is about to sign for Gent its left to see if that materializes.

Former U17 (2019) Internationals Clement Ikenna #26 (CB) and Peter Agba #31 (CM) with Croatian 2nd division side NK Dubrava they also have another Nigerian Called Emmanuel Okeke. They all made their debuts this past Weekend.

is he a defender ?
SuperEagles

is he a defender ? 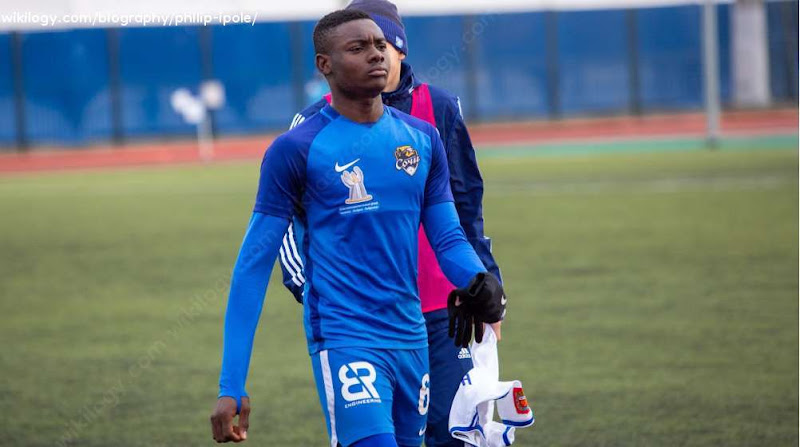 This has been his most productive season for Kwara after being given a regular spot in their first team often in partnership with Junior Lokosa.

I think Spain would have suited his game more and the Celta fans want him. He is very similar to Umar Sadiq but more co-ordinated. Celta needs to promote him to their main squad so he will agree to join them.
I AM THE EXCELLENCE OF EXECUTION- BRET THE "HITMAN" HART.

Alao Danbani (18) with Viktoria Plzen after joining from Kwara United.

[tweet][/tweet]
He scored at least 12 goals in the NLO this season. 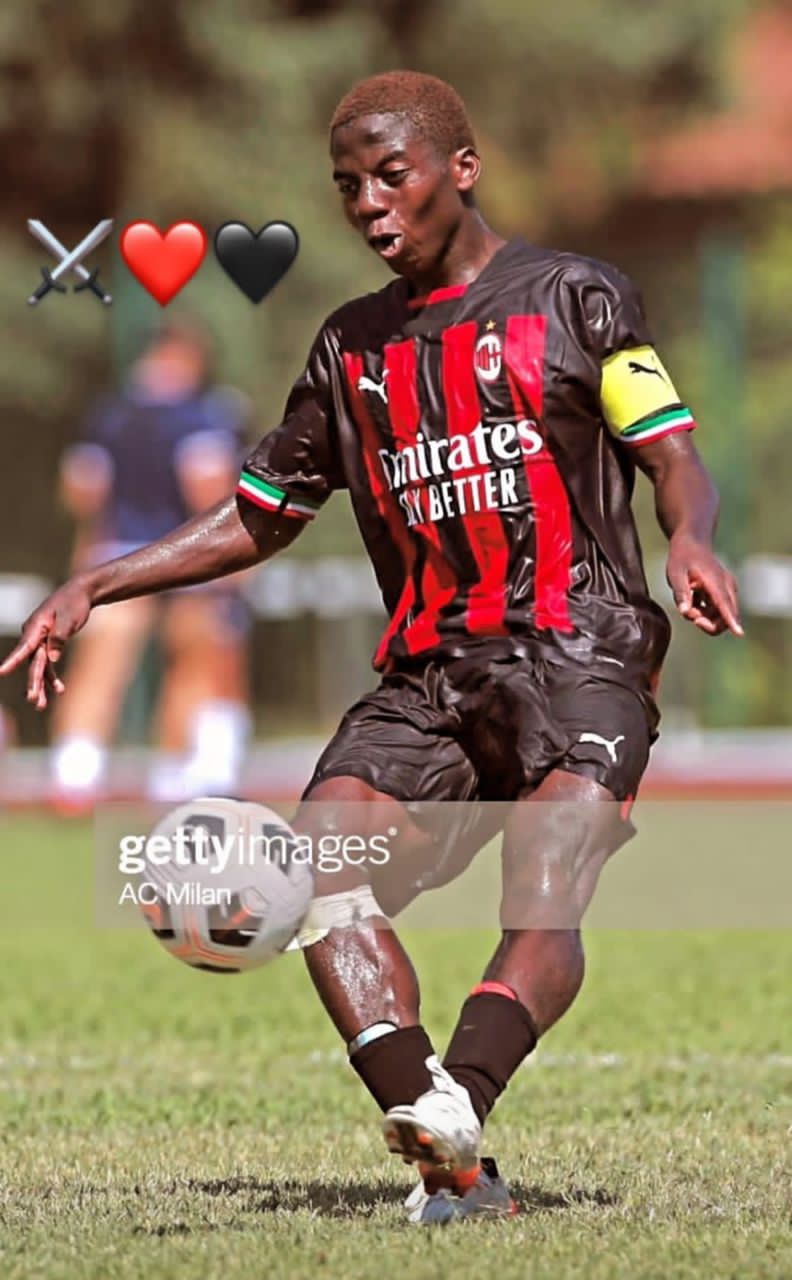 Welcome Ibrahim Buhari!
https://elfsborg.se/2022/09/27/valkomme ... im-buhari/
Published: 2022-09-27 14:10
IF Elfsborg have agreed with Plateau United in the Nigerian Premier League on a transfer for defender Ibrahim Buhari, who joins the squad immediately. Ibrahim has signed a contract that runs through the 2026 season.

Ibrahim arrived in Borås yesterday, and it was a relief to say the least to be there after waiting since last summer.

- I am very, very happy to be here. I feel ready to finally get started properly, he says.

The Nigerian, who turns 21 in just over a week, has impressed during three seasons at Plateau United. Last season proved particularly successful as Ibrahim helped the club to second place in the table and was rewarded with a call-up to Nigeria's national team 'the Super Eagles' for the national team gathering earlier this summer.

- My last season in Plateau, I played 34 games in a row and scored 6 goals, then the invitation to the national team came, which was like a receipt for my hard work, says Ibrahim.

In addition to the second place in the Nigerian top league, Ibrahim contributed to the team being able to close the season with a whopping 17 clean sheets and only 29 goals conceded in 38 games in the bag - and overall, Ibrahim himself was noted for a full 3049 minutes played in the league game.

Ibrahim has of course also made sure to keep an eye on IF Elfsborg's matches since the move became relevant.

- Since I signed the contract, I have been eager to come to Sweden and Elfsborg. I have followed the team and had a little extra control over statistics of various kinds, concludes Ibrahim.

Club manager Stefan Andreasson
- We are very pleased to be able to attract a player of Ibrahim's caliber and potential, and look forward to continuing to develop him as a person and player.

- We agreed with Plateu United and Ibrahim Buhari before our transfer window closed on 11/8 and then there has been a wait for the work permit which is now ready.

Manager Jimmy Thelin
- Ibrahim is a big, powerful and athletic defender with a good passing foot and a good eye for the game, Ibrahim's timing and athletic ability make him a big threat in offensive set-piece situations which was shown by a good goal score in the league game, this combined means that Ibrahim is a profile that we believe will suit us well for the future.

Transfermarkt has updated the market values of 69 Czech Fortuna Liga players in the September intermediary update. The biggest winners in this update play for second-placed Slavia Prague. The Nigerians Yira Sor and Moses Usor grow to €5 million and €2 million, respectively—the latter sees his original market value of just €100,000 grow by 1900%.

FORTUNA LIGA
All new market values at a glance

Sor's previous market value was €2.2m and is now among the five most valuable players in the Czech first division. The new market value, however, is not a result of his recent performances, as the right winger has been out the entire season with a calf injury. After a strong season in the UEFA Conference League with six goals and three assists, KRC Genk were interested and offered up to €8 million—too little for Slavia. Usor, in the meantime, had a strong start to the season and has already scored six goals for Slavia.
Top

Daniel Daga has made the step up from the NNL to the NPFL as he seems to have joined up with Dakkada FC, which is probably the top two best destinations for any young player in the League. 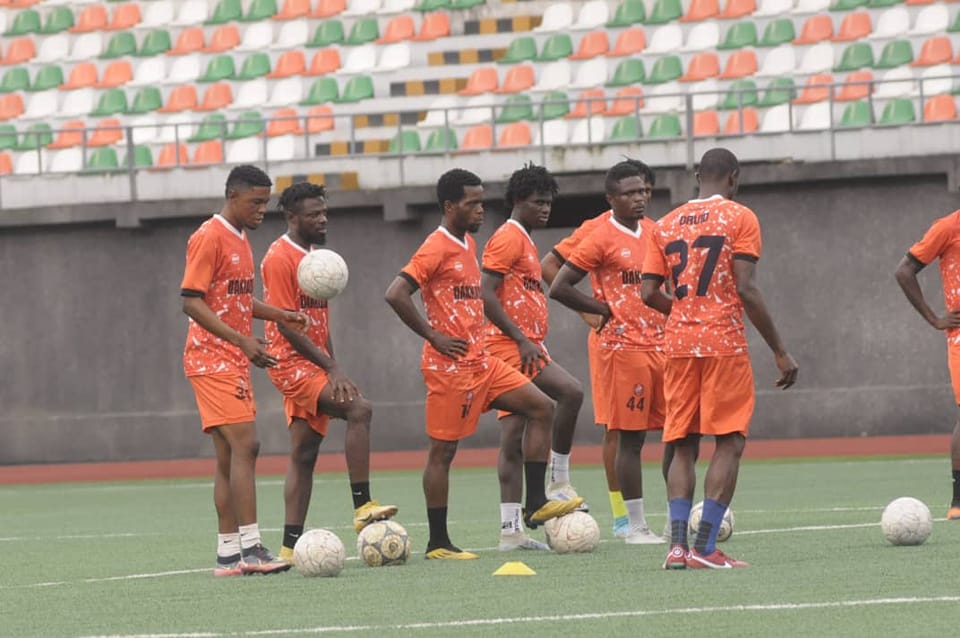 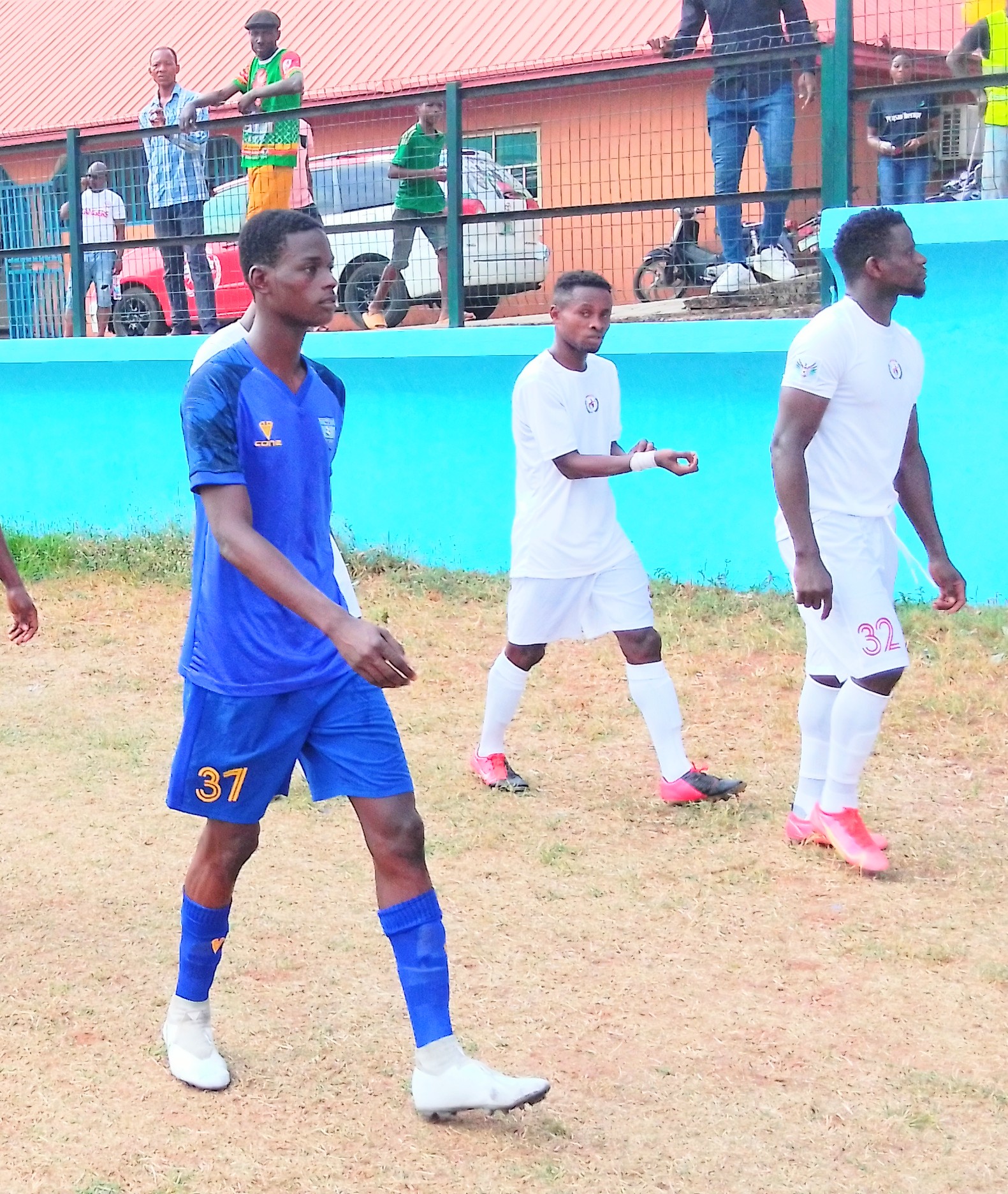 Gift Orban (20) is having quite an impressive rookie season in the Norwegian 2nd division where he's scored 19 goals in 23 games so far, 16 of them being in the league where he leads the scoring charts. 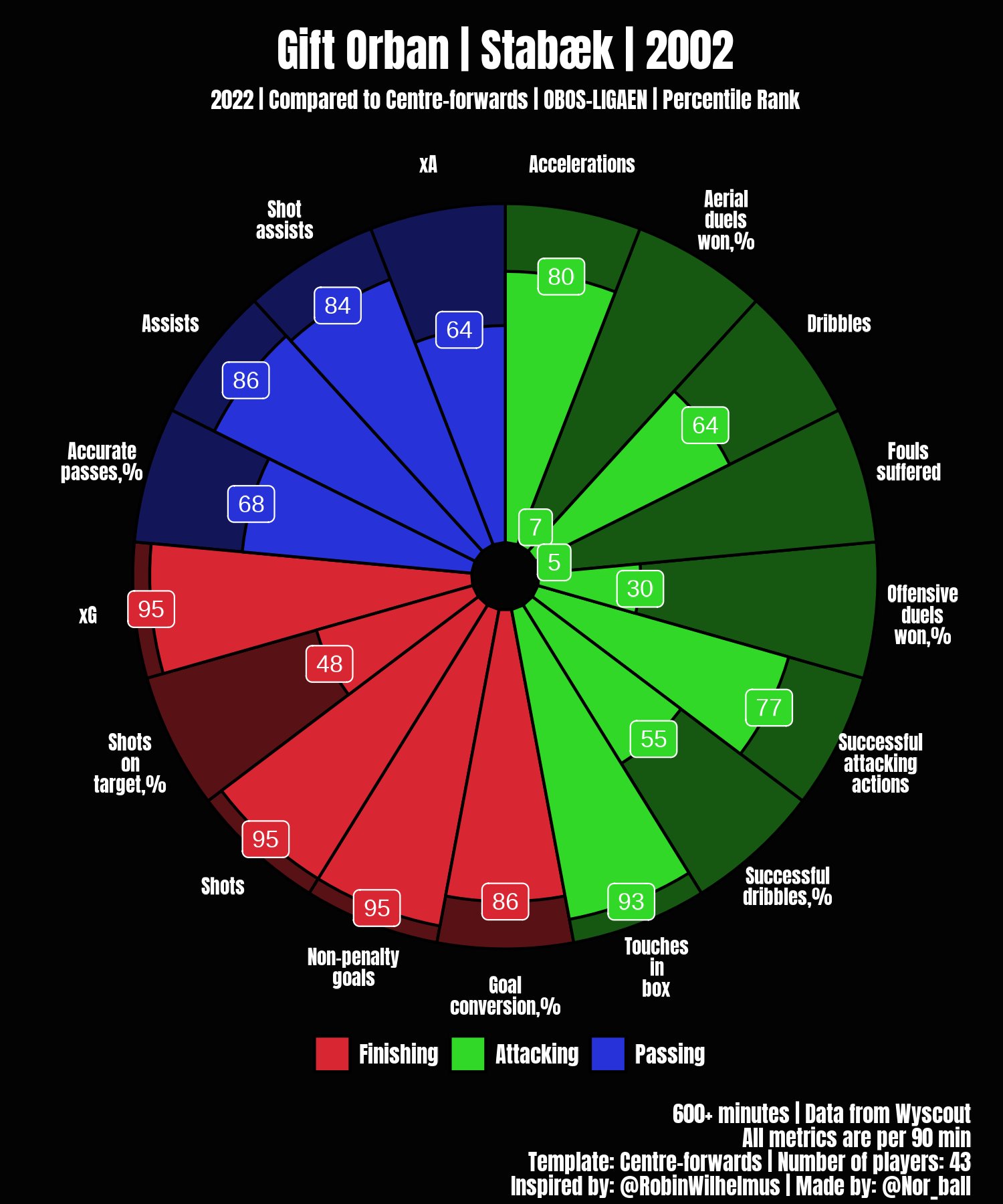 Sunset wrote: ↑Fri Oct 21, 2022 11:29 pm Daniel Daga has made the step up from the NNL to the NPFL as he seems to have joined up with Dakkada FC, which is probably the top two best destinations for any young player in the League.

FC ONE Rockets can confirm that an agreement has been reached with Dakkada FC for the transfer of midfielder, Daga Daniel on a season-long loan deal ahead of the 2022-2023 Nigeria Professional Football League (NPFL) season.
Daga enjoyed a good debut season with the Indomitables in the Nigeria National League (NNL) following his promotion from the team's feeder team, Carabana Football Academy.

He featured in seven games for FC ONE Rockets in the 2021/2022 season and scored a wonder goal in the penultimate game of the season against Abia Comets at the Rojenny Stadium, Oba, Anambra State.

He also made headlines on international duty with the Flying Eagles at the WAFU B qualifiers for the Under 20 Africa Cup of Nations in Niamey, Niger Republic - scoring once and winning the Most Valuable Player Award as Nigeria won the regional qualifiers to book a place in next year's tournament in Egypt.

Daga will be hoping to get game time with the Chosen Ones and stay in shape for the Under 20 Africa Cup of Nations.
Management!
Top

Sunset wrote: ↑Sun Feb 27, 2022 8:48 pm Etim Junior (19) Made his professional league debut in the Portuguese League for Vizela today, coming off the bench. This is after doing very well for their youth teams. Some of y'all might recognize his pops. 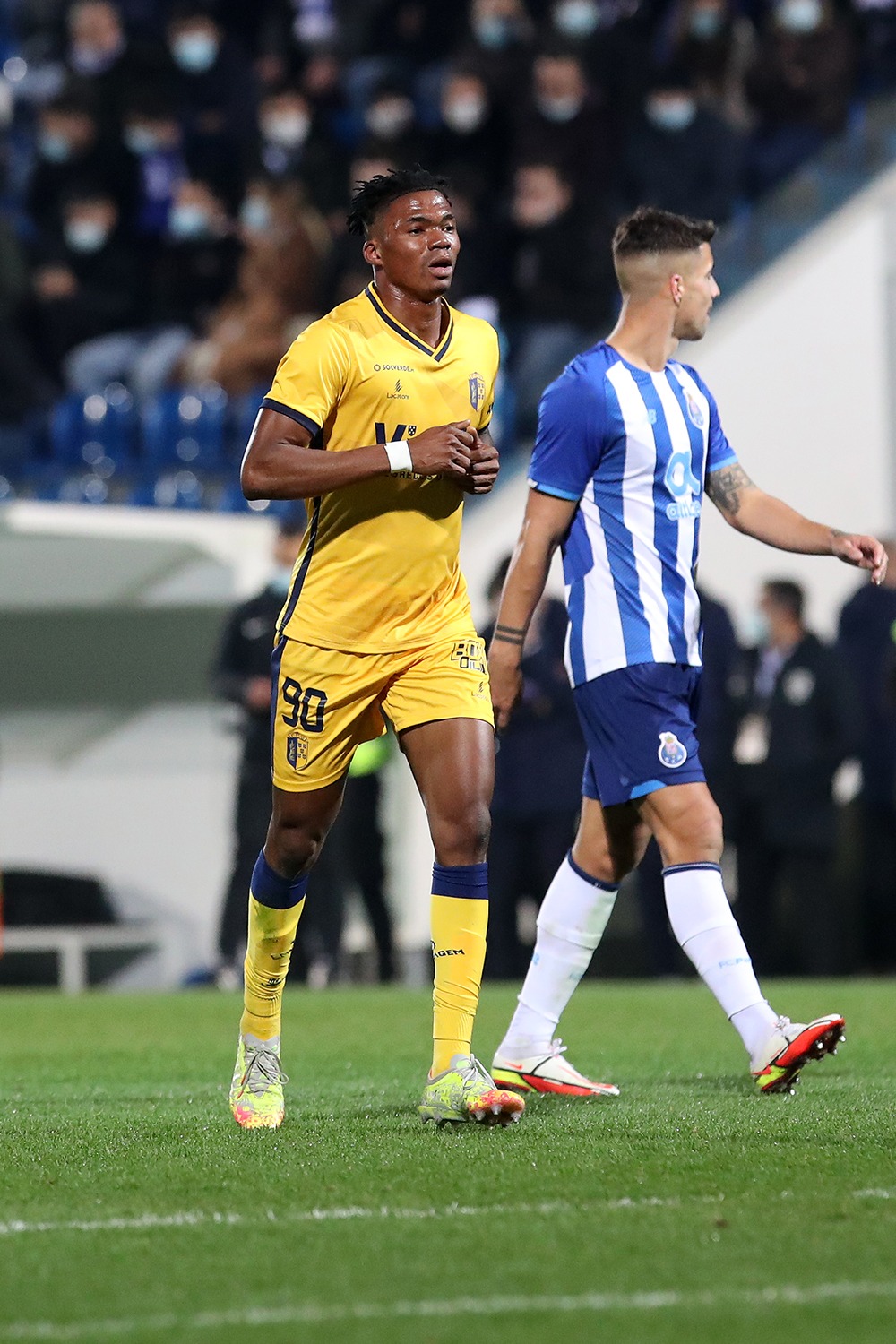 
He scores his first League goal today at the senior level 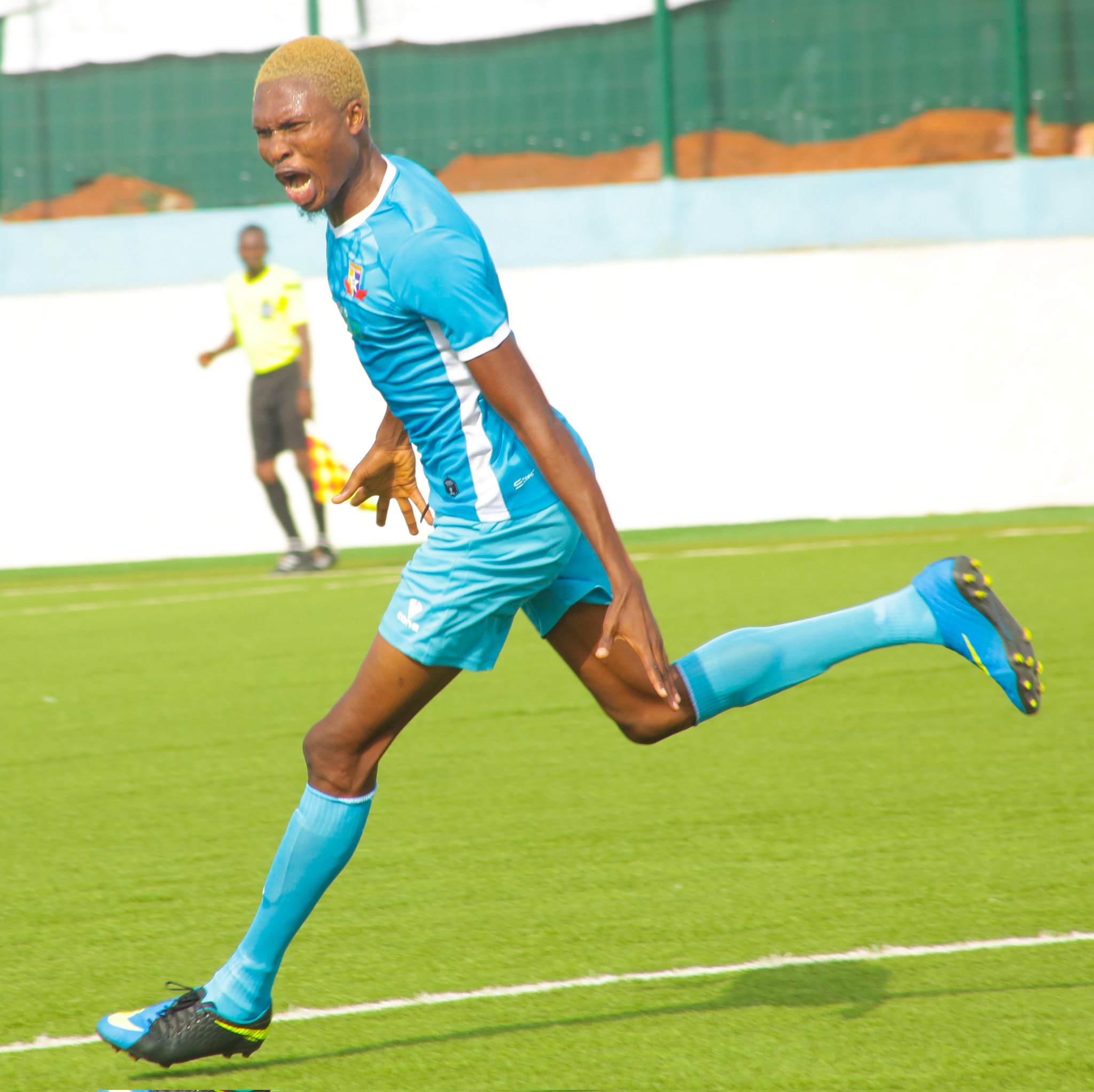