The 68-year-old remains high on Mali's list of potential candidates to replace Magassouba but he is not the only name being considered.

Former international Eric Sekou Chelle, 44, and ex-Cameroon coach Winfried Schafer, 72, who led the Indomitable Lions to the 2002 Nations Cup title, are also of interest to the Femafoot board
Last edited by Bigpokey24 on Mon May 09, 2022 8:12 pm, edited 2 times in total.
SuperEagles

Wouldn't it be poetic justice if Mali where to knick us out of the next WC with Rohr as Coach.

It will be funny and sad at the same time
Top

No. It would just be us being beaten by the better team. We didn't sack the South African, Croatian, Madagascan, Argentine, Central African, Tunisian and Ghanaian coaches that beat us.

I wish Rohr every success if he gets the Mali job.
Top 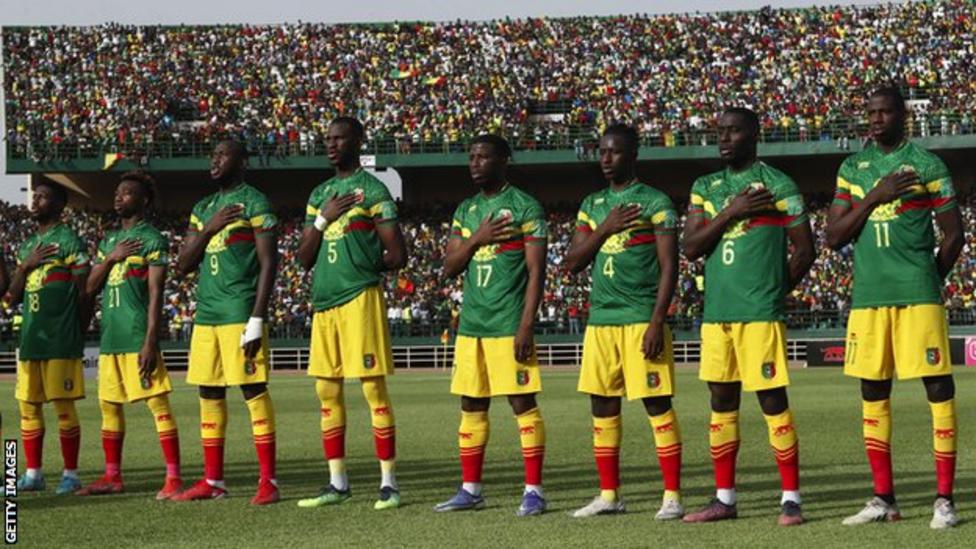 Mali were beaten 1-0 on aggregate by Tunisia in Africa's 2022 World Cup play-offs in March
Former international defender Eric Sekou Chelle says he is ready for the task of revitalising Mali after being named their new coach over the weekend.

The 44-year-old replaces Mohammed Magassouba, whose contract was not renewed after Mali narrowly lost out to Tunisia in the World Cup qualification play-offs in March.

Chelle, who has only managed in the lower divisions of French football since retiring in 2014, faces a huge step up after he was picked ahead of former Nigeria boss Gernot Rohr and ex-Cameroon coach Winfried Schafer.

"I believe I have the experience to meet this new challenge," said Chelle.

"I came with a strong desire to give back to my country and I honestly felt the opportunity was too good to pass up. It is definitely a big challenge and I do like to challenge myself."

The Mali Football Federation has also named former internationals Cedric Kante as general manager and Frederic Kanoute as an ambassador and an advisor on technical and strategic matters.

Chelle, born in the Ivory Coast, played his entire professional career in France and won six caps for Mali between 2003 and 2006.

He previously worked as youth coach at Marseille Consolat, before coaching spells at Martigues and Boulogne in the French lower divisions.

His immediate task will be to get Mali to the 2023 Africa Cup of Nations tournament in Ivory Coast.

Runners up in the 1972 tournament, the Eagles will face Congo-Brazzaville, South Sudan and The Gambia in Group G.

He will have little time to prepare for the start of the Nations Cup qualifiers, where Mali host Congo in Bamako on 4 June in their opening group game and against South Sudan in Cairo four days later.

The West Africans have also announced a friendly in the United States against World Cup-bound Ecuador on 11 June in Hartford, Connecticut.

Good for Mali. They are looking to improve their pedigree, not descend to Nigeria’s miserable level

your god will have to look elsewhere. Shameless thing

your god will have to look elsewhere. Shameless thing

Don't yab di man na. It is not his fault that Kongi has Rohr’s picture covering every corner of his room.
Top

Rohr lost the job due to his law suit against NFF..
afc##
Top

The Malians are not daft and stupid like you and Pinnick. They know your boyfriend **** is a washed up 70 year old pensioner masqurading as a coach.
I AM THE EXCELLENCE OF EXECUTION- BRET THE "HITMAN" HART.

Assanal fans on CE are the biggest hypocrites on the web.

They didn’t know about that before considering him?
Super Eagus 4 Life!
Made in the image of God that's a selfie!
Top

The Malians are not daft and stupid like you and Pinnick. They know your boyfriend **** is a washed up 70 year old pensioner masqurading as a coach.

What's wrong with West Africa? They want a oyinbo coach by all means. Even if you were to win the World Cup, we will not respect that nonsense. You will be the laughing stock of the continent! We would rather qualify with a Kenyan coach or stay out of the charade! Ever since Lugard left that Protectorate, nothing has gone right! Not even the name his g.f gave the country has been changed!
Behind every great fortune there is a crime.
—Balzac
Top
Post Reply
14 posts • Page 1 of 1