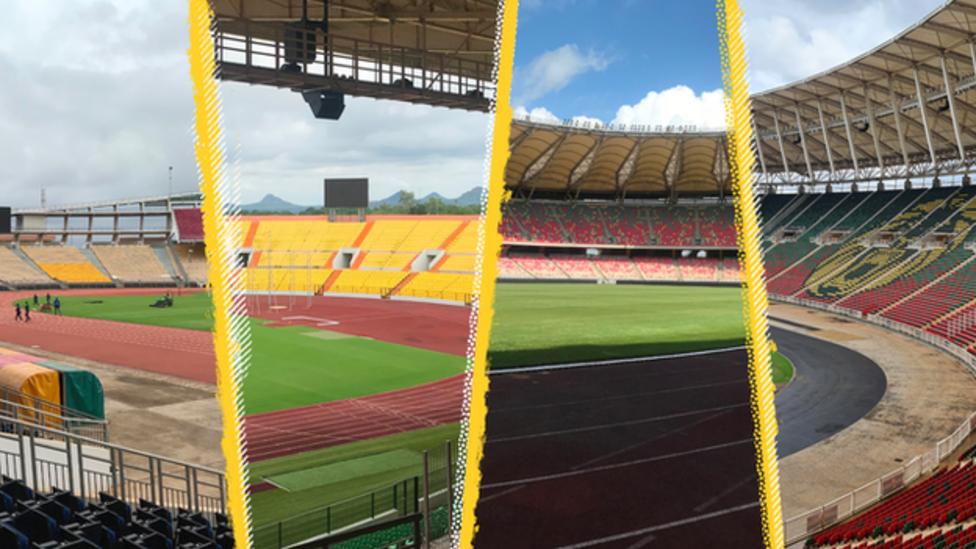 Former internationals Joseph-Antoine Bell and El Hadji Diouf have praised the stadia which will be used for January's Africa Cup of Nations in Cameroon.

The pair were among 11 former international footballers who recently toured the facilities that will be used during the continental finals.

The showpiece event will feature some of the best players on the planet, including Egypt's Mohamed Salah, Senegalese duo Sadio Mane and Kalidou Koulibaly while Riyad Mahrez will be looking to defend Algeria's title.

Six stadia will be used for the tournament, including two in the capital Yaounde: the refurbished Ahmadou Ahidjo and a brand-new one in the Olembe area of the city, where the opening game and final will be played.

Douala also has a new facility - the Japoma Stadium, which hosted the delayed 2020 African Nations Championship (CHAN) earlier this year - while the other venues are in the towns of Bafoussam, Limbe and Garoua.

How Garoua's AFCON stadium has changed over the years

Following his tour, former Senegal striker Diouf was impressed with what he had seen.

"The stadiums in Cameroon are of world-class standards," the two-time African Footballer of the Year said.

"I've played in some of the best championships worldwide and the infrastructure I see in Cameroon for the 2021 Africa Cup of Nations is incredible.

"As an African, I'm proud of the facilities I've seen in Cameroon. I look at the Japoma Stadium and it's a notch higher compared to some stadiums that have hosted World Cup games.

"It's nice to see that the Afcon will be played on such wonderful infrastructure. It is foretelling of a great tournament in January and February next year."

On Monday, the Confederation of African Football's Executive Committee 'raised some sanitary matters' as it looks to improve both 'the Covid-19 situation and preparations for supporters' ahead of January.

Built for the future 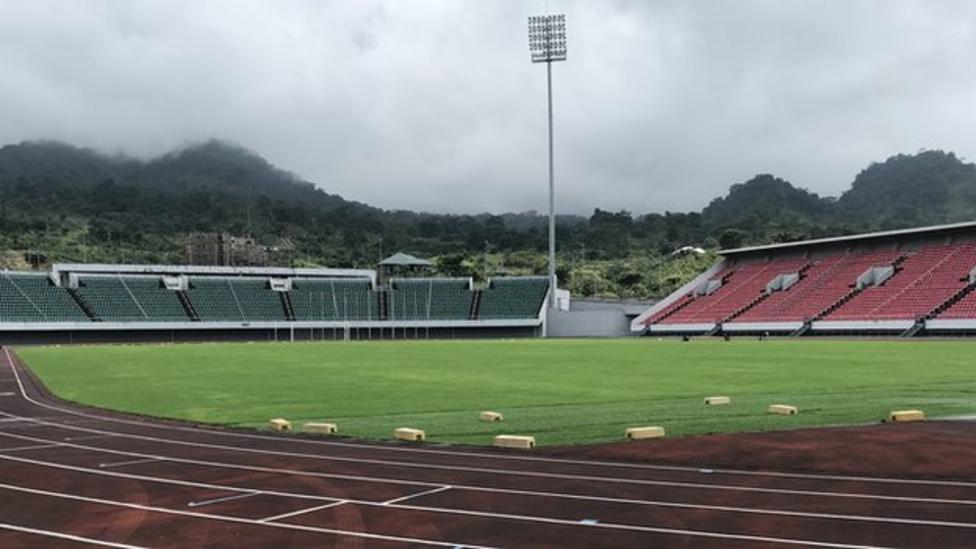 As well as the match venues, training pitches have been upgraded and will ensure more high-quality surfaces are available for teams of all levels in the future.

Goalkeeper Bell, who played for the Indomitable Lions at the 1994 World Cup and twice won the Nations Cup, is hopeful the new facilities will help future generations.

"More than 40 years ago I played in Cameroon's domestic championship and we didn't have good infrastructure," he explained.

"As a goalkeeper, at times I had to wear double layers to protect my knees and arms because we used to play on stony pitches.

"Some of the pitches were muddy and we knew that when playing a game, we had two major obstacles - the opponent and then the pitch.

"But now the situation is different. Cameroon has at least 34 stadiums and kids can play in better conditions. For long we had the players but didn't have such incredible infrastructure.

"Now that we have the infrastructure, we can produce better players," he rallied.

It is a marked improvement for Cameroon who, back in November 2018, were stripped of the right to host the 2019 Nations Cup because of delays in the progress of their preparations for the tournament.

All the venues have now hosted either a full or Under-20 international match or a continental club game.

I recently visited five of the six venues to take a close look. The first thing that struck me about all the places I visited, including the training grounds, was that the playing surfaces all looked in excellent condition.

Previous tournaments have suffered with pitches being laid too late and quickly becoming very poor, but if the surfaces can be maintained properly until January this will not be an issue in Cameroon.

I have been to Cameroon on three previous occasions. The first was in 2008 to see Coton Sport host Egyptian giants Al Ahly in Garoua in the second leg of the African Champions League final.

That stadium has gone through a complete transformation over the last few years, both inside and outside. 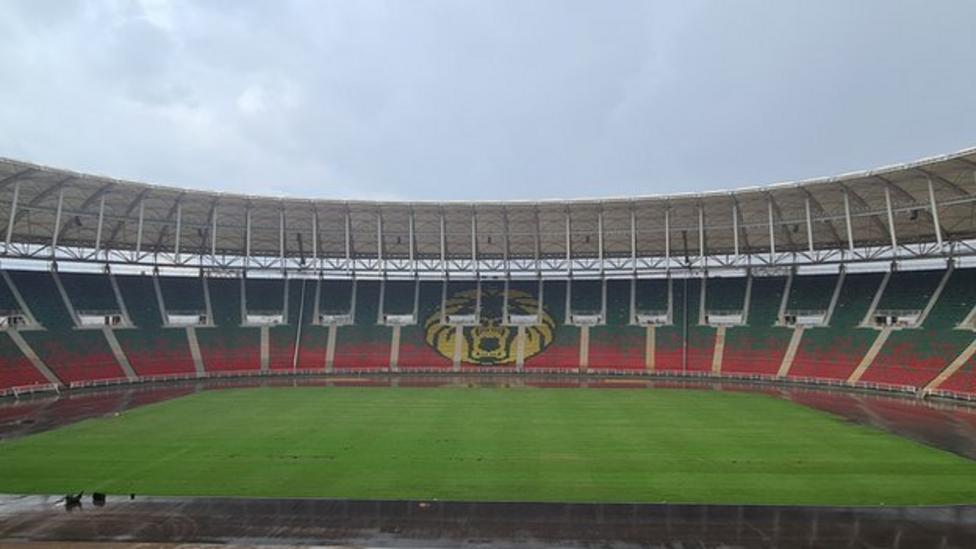 The Olembe Stadium in Yaounde, Cameroon, will host the opening match and final of the 2021 Africa Cup of Nations

The only stadium where work continues is the Olembe Stadium. However, much of what remains to be done is fairly superficial on the outside of the structure and also removing the building-site feel from the surrounding area.

Despite needing some finishing touches, the stadium hosted the Indomitable Lions' 2-0 win over Malawi in World Cup qualifying in early September, albeit without any spectators.

Another venue that I have visited over the years is the Ahamadou Ahidjo in Yaounde, which has been Cameroon's de facto national stadium since 1972.

The first time was in November 2013 when Cameroon beat Tunisia 4-1 to seal a place at the 2014 World Cup and when I returned in 2016 for the Women's Africa Cup of Nations, there had been significant upgrades.

There were no media facilities in 2013, while the changing room area was cramped and had paint peeling away from the walls.

Three years later, things for players and journalists had greatly improved. Five years, later those standards have been maintained with more minor improvements made as well.

The stadium in Limbe was the other venue which hosted the Women's Nations Cup and has also been maintained well, meaning it looks ready for the men's tournament in January. 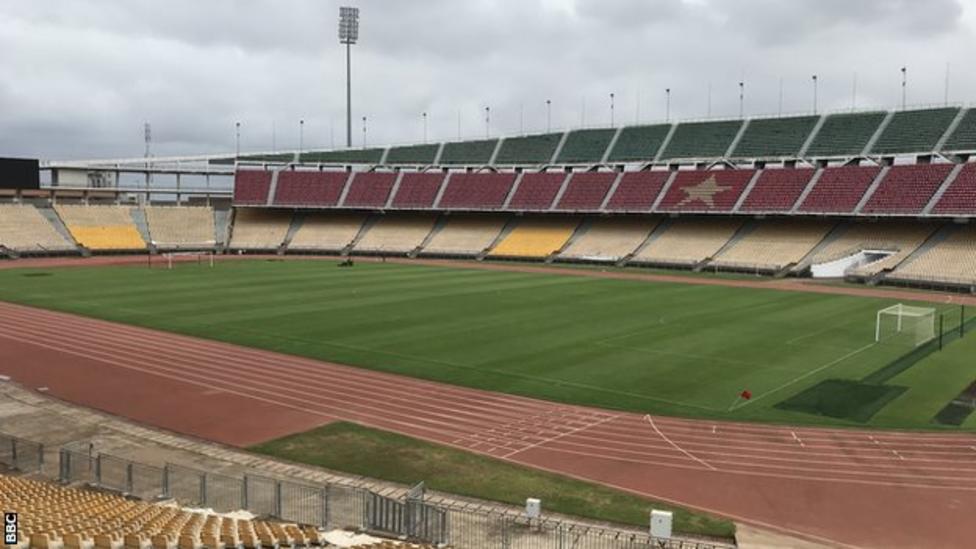 A picture of Yaounde's Ahmadou Ahidjo Stadium, which will host seven group matches, taken in August 2021

God bless the people of Cameroon especially man like Oman Biyik, Kana Biyik, Samuel Eto'o, Rigobert Song, Benjamin Massing (The Enforcer,) Patrick Mboma, Stephen Tataw (RIP), Louis Paul Mfede (RIP), Cyrillie Makanaky, Marc Viven Foe(RIP) and all the great ballers from that country. I wll definitely be tuned into The African Cup of Nations to watch my beloved Zimbabwe.
"Just call me the Chimurenga Man. A guerilla. Soldier of peace.Man of the people. I write love poems with the barrel of my gun. For Africa always." - Japheth Ncube
Top

My favourite African team of all time 1990. I cried when they were cheated against England (I was young so it's understandable lol). Let's go Zim

Just seen this thread.
Meanwhile I have been wasting my time in Eagles Nest trying to make a strong case for top grade playing surfaces not realising this thread was here all along.
"Ole kuku ni gbogbo wọn "
Top

For a continent with limited resources, dedicated football stadia versus dual purpose stadia may not be the economically sensible path to trudge.
theDunamis is signed, sealed, DELIVERED!
Top
Post Reply
7 posts • Page 1 of 1