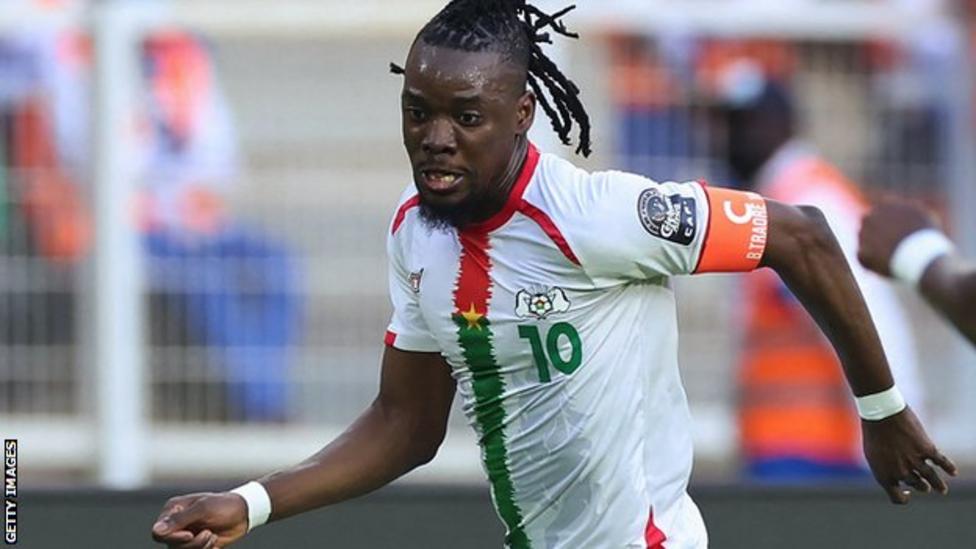 Burkina Faso forward Bertrand Traore has been ruled out of his side's Africa Cup of Nations game against Cape Verde after testing positive for Covid-19.

The 26-year-old captained his country in the opening game of the tournament against hosts Cameroon on Sunday, but gave away a penalty in their 2-1 defeat.

As well as missing Thursday's match, the Aston Villa man is now also a doubt for their final Group A match against Ethiopia on Monday, 17 January.

Issoufou Dayo will skipper the Stallions in his absence.

Meanwhile, Cape Verde will have several players who missed their win over Ethiopia available again after recovering from coronavirus.

The Blue Sharks were without 11 of their squad for their first match because of positive tests or injury, but coach Bubista will still be absent from the dugout as he remains in isolation.

Elsewhere at the Nations Cup, Senegal defender Fode Ballo-Toure and midfielder Idrissa Gana Gueye are out of their Group B clash against Guinea on Friday after testing positive.

Goalkeeper Edouard Mendy and defender Kalidou Koulibaly are also unlikely to feature as both are yet to test negative.